7
I recently read an article in the Washington City Paper entitled, “A DC Teacher’s Bold Vision to Improve Scandalously Poor Student Performance,” written by a high school teacher.   He asserts that “we are graduating students we have failed to educate,” based on their scores on the PARCC and NAEP tests.  The author admits that these tests are flawed measures of assessing student knowledge, but since they are the tests that DC uses to measure students, his conclusion, based on these scores, is valid. The author struggles with two bad options: failing a student who has real-life challenges or promoting the student even though he has not mastered the required knowledge or skills.

The point the author makes is that our current system of pass/no pass is flawed. He proposes that, as an alternative, we focus on mastery learning, “which requires each student to master one topic before moving on to the next and gives each student as much (or as little) time as she needs to master each topic.”  I agree that it is a better approach than our traditional year-long or semester lecture pass/no pass system.  However, the author then goes on to say that mastery learning can be best achieved through charter schools and customized/personal learning through online computer simulations.  These, he believes, are the best options to help students like his succeed.

Preschools use mastery learning all the time. Children select an activity and engage in it for as long or as little as they like, choosing when to move onto another activity. If they want more time, they can return to that activity the next day. As they participate in an activity, teachers observe and interact with them to determine what skills they have mastered and to offer assistance or support and facilitation, when needed. The more I thought about it, the more I realized free play in early childhood classrooms is the original mastery learning!
Choice time or activity centers used to be available in most early childhood and kindergarten classrooms but, unfortunately, much less today. For those unfamiliar with the concept of choice time, imagine a preschool classroom. The children sit on the rug and the teacher, using a chart, explains the various center options. Then, each student places his name on the center choice chart to indicate his choice.  Max picks blocks and heads to the area to resume working on his structure. Yesterday, Max, Elias, and Marcos worked for 45 minutes to create a train station.  When it was time to go to lunch, they asked the teacher if they could leave their train station so they could finish it tomorrow. She agreed and put a sign, “PLEASE DO NOT TOUCH— BUILDING IN PROGRESS,” so the custodian would not disturb their work.  Now Max, Elias, and Marcos return. Maria and Julie have joined them. The boys explain that the track is almost finished and suggest the girls work on the platform where the passengers get on and get off. As they work to complete the structure, various issues arise. Elias wants to create a tunnel where the train goes underground, but he cannot find the right piece. Julie and Maria want the platform to be big enough for families with babies and strollers, but they do not have enough space. Together they must negotiate materials, ideas, and solutions. The teacher sits with them for a while and listens to their issues, makes suggestions, and verbalizes her observations before moving on to another center.  When she announces “5 minutes remaining,” the kids in the block center call her over to see the finished product. They proudly demonstrate how the train pulls out of the station, goes underground, and then comes back up to drop off the passengers.  She takes photos of the structure and encourages the children to draw a sketch before they clean-up.

What I described is mastery learning.  Max, Elias, and Marcos spent 45 minutes working on the project yesterday and returned today for another 45 minutes. Not only did they demonstrate the skills needed to work together, the teacher saw evidence of verbal and linguistic skills and such cognitive skills such as the ability to organize blocks into a representational small world space.  During lunch, she makes notes about the skills each child demonstrated and possible activities they could do the next day to further their learning.  Some of them might write a story through pictures and words, with the teacher’s help, about what they built.  Others might decide to add another platform or build something new or move on to art or manipulatives.

What I did not describe is a five-year-old sitting at a computer, watching an animated video while he clicks a mouse to build a train station and has to solve problems by moving the pictures on the screen with the mouse.  That is the “personalized learning” promoted today and it has no place in an early childhood classroom. While I am not against online learning for older students, I have grave concerns with the use of personalized learning through computers for early childhood and elementary students.  Mastery learning happens when children are allowed to engage in open-ended play.

The first time I heard a critique of the traditional model of schooling was at a conference when I was a first-year kindergarten teacher.  Alfie Kohn presented the keynote. I was so blown away by his criticism of grading, testing, punishment, and rewards that I immediately bought his book, The Schools Our Children Deserve: Moving Beyond Traditional Classrooms and “Tougher Standards.” Reading his description of the best education, I realized that he was describing best practices in early childhood, such as the project approach, emergent curriculum, and horizontal relevance.  However, as a new kindergarten teacher, I had a hard time implementing them with the packaged kindergarten curriculum I was expected to use.  My official task was to prepare five-year-olds to take practice tests, but what I wanted to do was to get them engaged by posing questions and problems to be solved.  I wanted so badly to create a classroom environment where children spent long periods of time engrossed in mastery learning through guided free play, but instead, in that kindergarten classroom, I was forced to make them practice being quiet in the hallway.

What would happen if we took the sound practices used in early childhood and brought them into elementary, middle, and high school classrooms, adapting what works into the entire educational system?  In fact, Ireland is attempting to do just this right now.  My point is that we need to break away from the traditional model of teaching that forces us to pass some students and fail others, making the teacher, instead of the student, accountable for their learning.  If we are willing to learn from early childhood practices, perhaps we can stop worrying about pa
ssing students to the next grade who are not prepared and, instead, create the schools our students deserve. 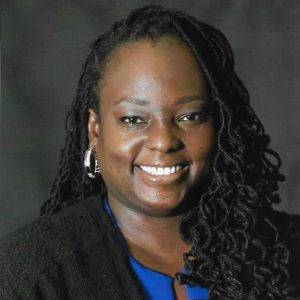