In 2012, the Organization for Economic Cooperation and Development proposed an assessment of early learning outcomes called the International Early Learning and Child Well-Being Study.  The proposal was made with little consultation with large facets of the early childhood community.  In response to this international trend for increasing formal early childhood assessment that is gaining traction, Defending the Early Years releases the following statement:

Ignoring early childhood educators, researchers and scholars in making early education policy is not new, but the scale of this latest effort in the Global Education Reform Movement for young children is a frightening development. PISA  (Program for International Student Assessment) has been used to test 15 year-olds since 2000. The new International Early Learning and Child Well-being study (IELS)- dubbed “Baby PISA” – will focus on testing 5 year-olds on narrow academic skills achievement.

The impact on the field of early childhood, already contorted by policies that push early academics and eradicate play, will be disastrous.  If Baby PISA gains a foothold, we’ll see more of what we have already endured:  more standardization, more academic drills, and more testing. And, we’ll see less of what we have already been losing: less of the arts, less play, less child choice, and less active, hands-on, developmentally meaningful learning.  And we will see more children disaffected with school at younger and younger ages.

We early educators in the U.S. need to follow the lead of early childhood communities in Canada, France, Germany, Japan, Norway, New Zealand, Sweden, and Denmark and speak up in protest against the IELS and advocate for appropriate and developmentally meaningful learning.

For more information on Baby PISA please see Baby PISA is Just Around the Corner. So Why is No One Talking About It?   Published December 5th, 2017, by Susan Ochshorn, of ECE PolicyWorks. 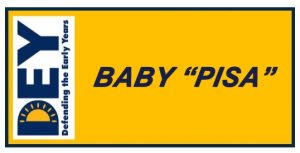