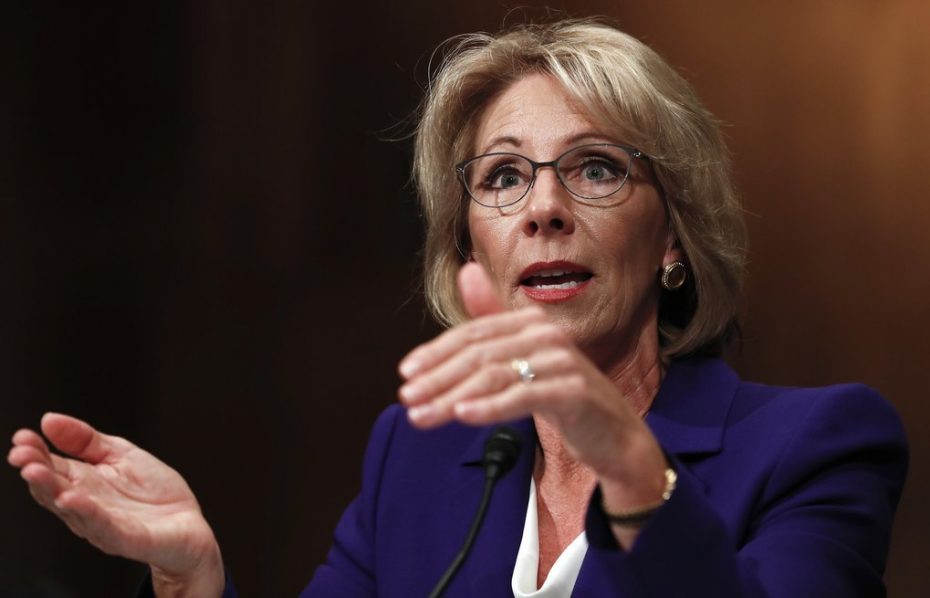 ​A former preschool teacher carried the torch for democracy at the confirmation hearing for Betsy DeVos, Donal Trump’s nominee for Secretary of Education.  “The Senate should ot be a rubber stamp, Patty Murray said.  We owe it t the American people to put families and children first, not billionaires.” 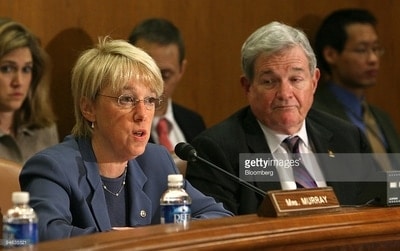 Those were fighting words from the mild-mannered senator from Washington State, and senior Democrat on the Health, Education, Labor, and Pensions committee.  Especially with Microsoft and Amazon among her top campaign contributors from 2011 to 2016.   But as  the results of our recent election attest, women’s ascent to power is convoluted.  The pacts we make can be Faustian: these days, a former Microsoft executive runs Washington’s department of early learning.

In the week before the hearing, as opponents of DeVos signed petitions, called their senators, and entreated members of the HELP committee to dump her, Defending the Early Years, a nonprofit organization based in Boston, released “Teachers Speak Out.” The report highlights the concerns of early childhood teachers about the impact of school reforms on low-income children.  Authors Diane E. Levin and Judith L. Van Hoorn culled their data from interviews with 34 educators in California, Florida, Illinois, Massachusetts, New Hampshire, New York, Vermont, and Washington, DC.

The link between socioeconomic status and academic achievement has been firmly established in research.  According to the National Center for Children in Poverty, 47 percent of children under six years old lived in low-income families near or below the poverty line in 2014. The level rises to nearly 70 percent for Black and Native-American children and 64 percent for Hispanic youngsters.  In a recent survey conducted by the Council of Chief State School Officers—which helped design  the Common Core standards—teachers across the United States listed family stress, poverty, and learning and psychological problems as the top barriers to student success.

Yet the mandates of the Common Core are exacerbating the problem.  As Levin and Van Hoorn point out in the report’s introduction, “recent reforms…have been developed and implemented by people with good intentions but often little formal knowledge of early child development.”   Those with the expertise now face a  “profound ethical dilemma.”  As top-down mandates dictate the teaching and assessment of narrow academic skills at younger and younger ages, early childhood educators are forced to do the “least harm,” rather than the “most good.”

In an exchange at the hearing, between DeVos and Todd Young, a Republican senator from Indiana, she crowed about our “great opportunity…to really empower [teachers] in a new way to do what they do best.”   She horrifies educators.  They’ve been leaving the field, exhausted and dispirited, in record numbers.  Respect for the profession and morale are at an all-time low, as teachers have picked up the slack for a society that starves its schools and communities, and blames them for all its ills.  But out of this malaise, a new activism has emerged, with great energy dedicated to defeating her.

Early childhood teachers—with some notable exceptions—have been missing from the action. The reasons are complex.  This is a workforce that has long been marginalized, their work devalued, and expertise ignored.  “It’s just babysitting,” New Jersey’s governor, Chris Christie, said some years ago, of his state’s prekindergarten program—a perception shared by many, and internalized by those in the field.  Salaries for educators working in community-based programs are significantly less than those of their colleagues in the public schools.  Many are living in poverty, and afflicted by the toxic stress common among their students. The newest practitioners are worried about putting their careers at risk.  Few have been willing to go on the record with their critique.

​As I read through the report, I kept underlining the quotes from the teachers, as if to amplify them, to lift them off the page.  They’re struggling to honor early childhood’s robust evidence base, but they’re undermined by a lack of agency and autonomy:

The trust in my expertise and judgment as a teacher is gone.  So are the play and learning centers in my classroom.  Everything is supposed to be structured for a specific lesson and rigidly timed to fit into a specific, tight, preapproved schedule.

The negative impact of reforms on children’s development and learning can’t be overstated. Practice has become more rote, and standardized, with less time for deep relationships—among children, and between them and caring adults.  We’re stealing the heart of high-quality early education, as the individual strengths, interests, and needs of children get lost:

​With this extreme emphasis on what’s called ‘rigorous academics,’ drills are emphasized.  It’s much harder for my children to become self-regulated learners.  Children have no time to learn to self-regulate by choosing their own activities, participating in ongoing projects with their classmates, or playing creatively.  They have to sit longer, but their attention spans are shorter.

The authors bring us into the classrooms studied by Daphna Bassok, Scott Lathem, and Anna Rorem, of the University of Virginia, who used two large, nationally representative data sets to compare public school kindergarten classrooms between 1998 and 2010. More formal, directed instruction in reading, writing, and math, once the province of first grade, has trickled down into kindergarten.  Close reading is becoming part of the expected skill set of 5-year-olds, and the pressure has extended, in some cases, to prekindergarten, where children are being asked to master reading by the end of the year. The repercussions are severe:

It’s essential for every kindergarten child to feel welcomed and included, to be part of the class. Instead, we’re separating the cream from the milk.  From the beginning, we’re telling kids who are poor, ‘You’re deficient,’ instead of helping them become competent and feel successful and part of their class.  Then it’s ‘remedial this, remedial that.’  It’s discrimination.

The report concludes with a series of recommendations—from the real experts in the room.  The first calls for the withdrawal of current early childhood standards and mandates. Another urges the use of authentic assessment, based on observations of children, their development, and learning.  Number ten addresses child poverty, our national stain:

Work at all levels of society to reduce, and ultimately end, child poverty.  To do this, we must first acknowledge that a narrow focus on improving schools will not solve the complex problems associated with child poverty.

Breaking the silence was never so sweet.  Now it’s time, as John Lewis says, to get in good trouble.