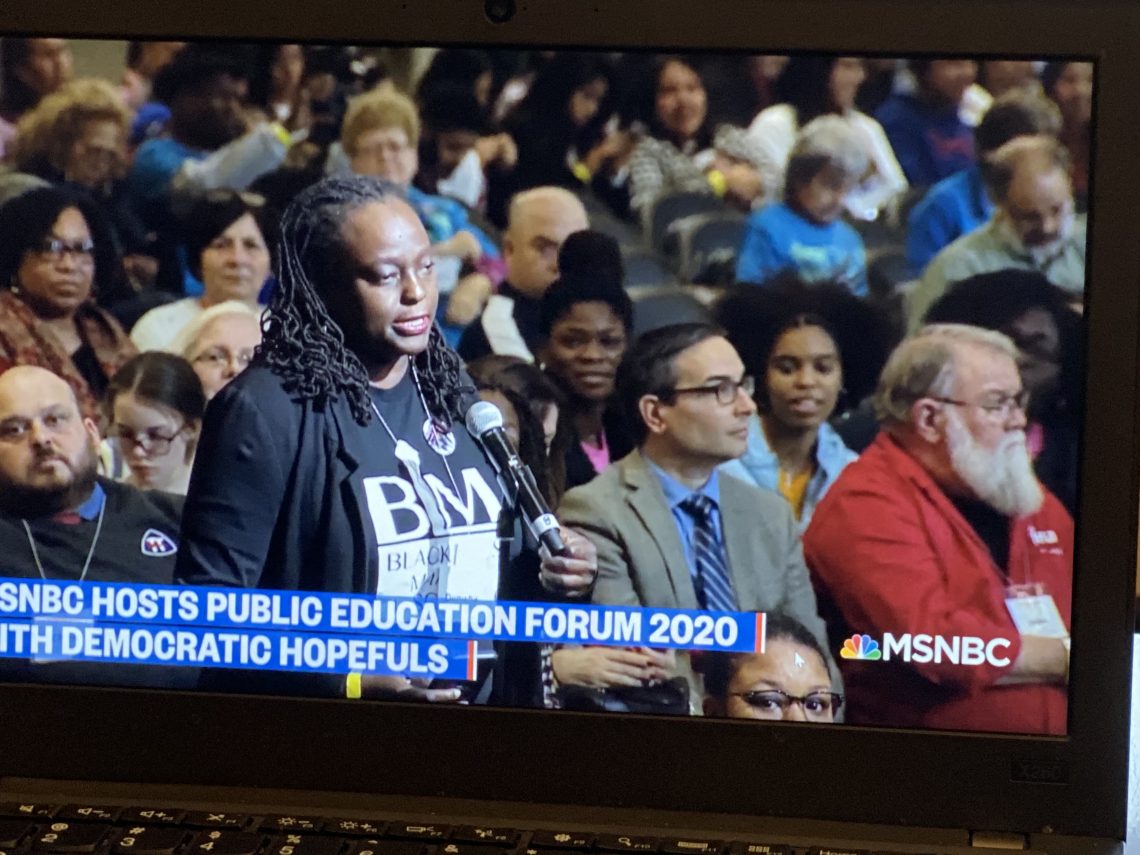 As we prepare for the 2020 election, it is vital that we demand elected officials make early childhood education a priority. At the local and national levels, we must advocate for policies, specify budget priorities, and examine education proposals to ensure that the needs of young children and their families are addressed. Below are two examples of how we can keep the focus on early childhood education as we work to protect childhood.

A Moral Budget in Massachusetts

Back in September, a coalition of activists invited me to participate in a discussion on what a moral budget for Massachusetts should include. Following the release of a National Moral Budget by the Poor People’s Campaign, grassroots activists were asked to develop a moral budget for Massachusetts that reduces military spending, taxes the wealthy, and redirects spending to meet basic human needs. Given Defending the Early Year’s work on advocacy for early childhood, we accepted the invitation to share our vision of a moral budget.

After reviewing FY 2019 and FY 2020 budgets it became clear that although the state increased spending in education, funding for early care and education is still 17.1% below what it was in 2001, after accounting for inflation. Thus, a moral budget for Massachusetts that seeks to invest money from wars and fair taxation must seek to restore funding for ECE back to the level it would be before devastating cuts begin in 2001.  Based on my research, I suggested increased funding to improve access to high-quality early education and care must include the following:

Although these recommendations were based on an analysis of spending and outcomes related to Massachusetts, I believe many states would identify similar needs. If your state is drafting a moral budget, I encourage you to ensure that increases to early childhood are included.

Nancy Carlson-Paige and I were invited to share our thoughts on what a 2020 presidential candidate platform should include for early childhood education.  Published in Rethinking Schools magazine, we join a group of amazing educators weighing in on what they want to hear from presidential hopefuls. As advocates for young children and their families, we began by recognizing the need for equity in access to early childhood. All families, regardless of income or location, should receive high-quality early childhood education. However, we caution politicians to reach out to the experts regarding what constitutes “high-quality”. As many of the democratic candidates release education plans that include a focus on universal preschool, we are concerned that their proposals driven by economists and lawmakers will mistake high-quality for academic rigor. The push for universal preschool will become a nightmare if we turn pre-kindergarten into the new kindergarten by eliminating play and discovery and pushing down developmentally inappropriate curriculum on to three and four-year-old children.

This past weekend, at the Public Education Forum 2020, seven Democratic candidates spent 25-30 minutes discussing education and fielding questions from students, teachers, parents, and activists. A few candidates discussed the needs of young children and advocated for universal preschool, but it was clear that these political phrases need deeper examination. When former Vice President Joe Biden called for school for three and four-year-old children, not daycare, my first thought was that if that school did not include hours of free play and exploration then it is not what young children need. Promising funding for school sounds like a good idea, but young children do not need more hours spent in teacher-directed activities taking on skills before they are developmentally ready.

It is up to us, the protectors of childhood, to scrutinize policy proposals and campaign promises as we head into the 2020 election.  We must make our voices heard to those who seek to govern our country and hold them accountable once they are in office. We must demand that they too protect childhood.

What would you include in a moral budget for your state?

What do you want to see in an early childhood policy proposal?

What would you ask the Democratic candidates regarding early childhood education?

Send your answers to denisha@dey.org